Corporations are responsible for a bevy of taxes on the state level across different mediums. Above that, each state sets its own rates for corporate entities to contend with. State corporate tax rate varies depending on which state from which you operate your business.

Corporations are a type of business that stands separate from its owners. Owners are shareholders that drive the direction of the business, but are not held personally responsible for the corporation’s debts. The corporation itself is a legal entity that can own assets, bring employees on board, and pay taxes.

Every business has to pay taxes, though. And if you have employees, you’ll need to learn how to calculate payroll taxes. These are in addition to state corporate taxes, though.

If you have (or plan to have) a corporation in one of the 50 states, be prepared to pay money back to the state based on how much you make. The government imposes taxes on a corporation’s profits, including most income. As a corporation, you can first deduct expenses for things like development, research, and marketing.

Each state sets its own tax rates a corporation must pay on a yearly rate. Several states have a flat income tax rate, remaining the same no matter what your corporation’s income bracket is. Those remaining have a fee schedule that grows depending on the amount of profit your company brings in.

View more
Products recommended for you
Click to view more…

Nevada, Ohio, Texas, and Washington do not have state income tax rates but do have a gross receipts tax. Delaware, Oregon, and Tennessee levy both types of taxes on corporation owners.

Alongside income taxes, corporations are responsible for unemployment pay as part of the State Unemployment Tax Act (SUTA). The state government calculates these rates based on your account balance and average taxable payroll over a certain period. Each state has a minimum and maximum range the rate must fall into.

View more
Products recommended for you
Click to view more…

The Best States to Start a Business in for Tax Purposes

Because tax rates vary from state to state, there are benefits to incorporating in certain ones over the other. If you have any flexibility with where to start your corporation, consider the following states:

Wyoming doesn’t require a penny for state corporate taxes or any income on the individual level. Sales tax is only 4%, one of the lowest in the nation. It ranks number one even though unemployment insurance and property taxes can be on the higher side.

South Dakota follows in Wyoming’s footsteps as one of the few states without income taxes for individuals or corporations. It doesn’t fare as well with sales tax or rates for unemployment insurance.

Alaska may seem like a strange choice with a significant corporate income tax rate, but the state makes up for it with zero individual income taxes and no sales tax. Property taxes are also lower than most for setting up corporate offices.

Florida’s corporate income tax is lower than most, and the state doesn’t collect any individual income taxes from business owners. Furthermore, sales and unemployment taxes are some of the lowest in the country. Florida also makes the list of one of the best states to buy investment property.

Montana has middling corporate and individual income tax rates. However, the state sits well with sales, property, and unemployment taxes, making it an enticing choice to set up shop.

Tax rates don’t always stay the same. Check out the rate changes that have already taken place this year:

Corporate taxes don’t start and end at the state level. The Tax Cuts and Jobs Act of 2017 set the current federal corporate tax rate at a flat 21%, where it remains today.

Local taxes may pop up in certain locations around a state, especially in larger cities. Corporations headquartered where local taxes abound will have to pay those fees as well.

Trying to understand how state corporate tax rates can be overwhelming. This FAQ answers some of the most common questions surrounding them.

Which State Has the Lowest Corporate Tax Rate?

Which State Has the Highest Corporate Tax Rate?

New Jersey currently takes top honors for having the highest corporate tax rate. Thanks to a surcharge currently in effect, corporations with income over $1 million see a rate of 11.5%.

Why is Delaware a Tax Haven?

Delaware is one of the few states without a corporate income tax. It also offers several entrepreneurial incentives to businesses looking to put down roots there. Delaware also offers a lot of privacy, which is why it’s one of the best states for starting a business.

Like individuals, the government requires corporations to pay federal, state, and local taxes. Some states and cities do not tax income, but all corporations must pay at the federal level.

Corporations can’t avoid having to pay taxes to the government on the federal level, but the state level isn’t so black and white. There are several tax factors to consider when choosing a location to incorporate, such as income and employment. With planning and research, a corporation can lessen the blow each year by setting up shop in a state with little to no corporate taxes.

Noah is an American copywriter on a mission to help clarify the nuances of the business world through unique insights stemming from backgrounds in both engineering and the medical field. When not working, you’ll likely find him running or traveling. 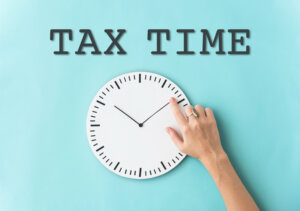 No one likes to think about them, but taxes are an integral part of any business. If not done correctly, repercussions on your company can be severe. In this article, we look at how an LLC is taxed and a few ways to keep your payments as low as possible. Use ZenBusiness to file your …

What is an EIN Number? – Ultimate Guide

An employer identification number, or EIN, is like a Social Security number (SSN) for your company. It’s a unique nine-digit number the IRS uses to identify businesses for tax reporting purposes. Continue reading our What is an EIN Number guide to learn if your business needs one and how to apply online, by fax, telephone, … 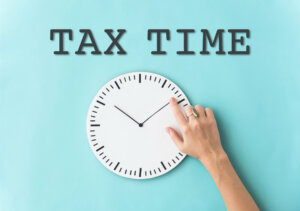 Have you been investing in cryptocurrency? Maybe now it’s time to calculate and pay your crypto taxes. What is already a complicated activity can get a lot trickier if you don’t work with crypto tax software. In this article, we’ve wrapped up the best crypto tax software for 2023. Best Crypto Tax Software CoinLedger – … 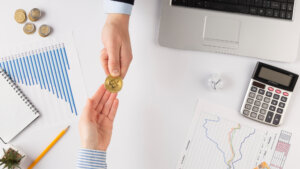 Yes, any capital gains you make from cryptocurrencies are taxable. As the U.S. Treasury calls for stricter crypto tax compliance, the IRS is coming after crypto tax dodgers. It’s crucial for investors to know their IRS cryptocurrency tax rate, how to file crypto taxes, and how to legally minimize their tax liability.  What is Your … 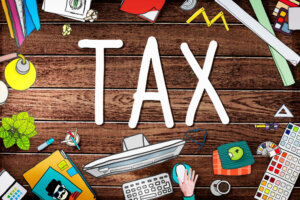 The Ultimate Guide to Income Tax by State

It’s your responsibility to pay income tax by state if you earn a salary as an employee or profits through your own business. However, it can be challenging to compute your total state income tax because each state in the U.S. has its own taxation guidelines. No matter which state you live in, read our … 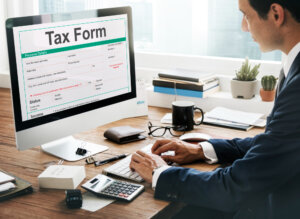 How to Calculate Payroll Taxes in 5 Steps

As a business owner, learning how to calculate payroll taxes are one of the most daunting tasks to tackle. Among all the other aspects of your business that you manage, it’s also essential you calculate your taxes correctly. Without accurate tax calculations, you can face legal and financial penalties if the IRS investigates your business.  … 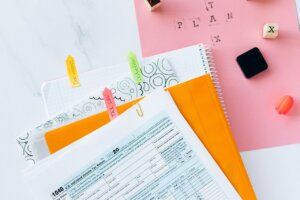 Tax Information for Nonprofits (including getting tax-exempt status) Assembled by Carter McNamara, MBA, PhD Applies to nonprofits unless otherwise noted. Sections of This Topic Include Do I Need Help to Get Started? Importance of Good Record Keeping Getting Tax-Exempt Status Federal, State, Sales, Payroll Taxes, etc. Preparing and Filing Form 990s (including about public disclosure) … 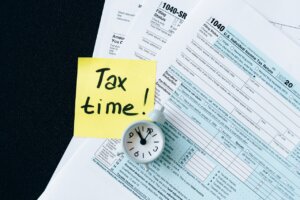 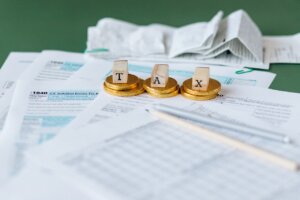 U.S. Business Taxes for Small For-Profit Businesses Scope of Information in this Library Topic This library could include thousands of links to tax-related sites. As with other topics in the library, there are enough links included below to cover the basics and help the reader find more information if needed. Regarding federal taxes (the type …

Taxes
We Value Your Privacy
We use cookies to better serve our customers through site functionality and user personalization.
Learn MoreAccept All
Manage consent