A disagreement arises in a meeting you are facilitating. This is an inevitable scenario in many types of meetings where a group needs to come to critical decisions – such as strategic planning or issue resolution sessions. How do you – the person in the room responsible for building consensus – resolve it without breaking group dynamics or creating a tense environment of division? It’s a tough job, but you can (and need to) do it.

Here’s one way to resolve the disagreement. NOTE! It is important to first understand that these steps are specifically for situations where the disagreers are disagreeing on information – what we refer to as “Level 1 Disagreement” in our facilitation training, The Effective Facilitator. For disagreements based on values or past history, you’ll need to apply other approaches that we also teach in The Effective Facilitator.

These six steps will help you resolve disagreement by delineating the alternatives:

Starting with agreement helps both parties see that they already have something in common. This initial agreement can serve as a bridge for constructing the final solution.

Step 2 – Confirm the Source of the Disagreement

Identifying the source of the disagreement shows the parties that they are not far apart, despite the fact that the discussion may have become somewhat strained.

Step 3 – Identify the Alternatives under Discussion

For each alternative, direct specific questions at the supporter of the alternative and record the responses on the flip chart or screen. For example, in a case where the disagreers disagree about who in an organization should take a specific training course, the questions might be:

► How much will it cost?

► How long will it take?

After getting the details for each alternative, summarize the key points from the answers uncovered in the previous step.

Don’t let disagreement bury your group’s meeting outcome. Find other ways to resolve disagreement and create consensus, such as the Strengths and Weaknesses and Merging approaches – taught in The Effective Facilitator.

Certified Master Facilitator Michael Wilkinson is the CEO and Managing Director of Leadership Strategies, Inc., The Facilitation Company and author of The Secrets of Facilitation 2nd Edition, The Secrets to Masterful Meetings, and The Executive Guide to Facilitating Strategy. Leadership Strategies is a global leader in meeting facilitation, providing companies with dynamic professional facilitators who lead executive teams and task forces in areas like strategic planning, issue resolution, process improvement and others. The company is also a leading provider of facilitation training in the United States, having trained over 19,000 individuals. 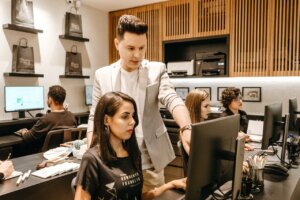